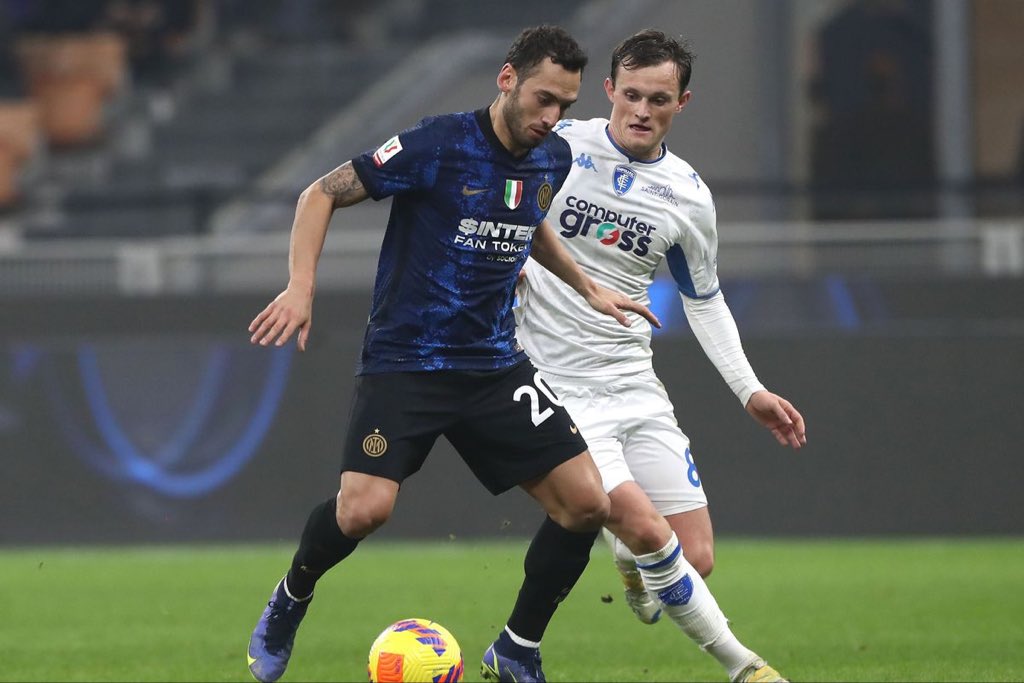 An home win for Inter Milan over Empoli will see them overtake AC Milan by two points before the Rossoneri travel to Verona to take on Hellas Verona later in the weekend.

Inter Milan will be without the services of defender Alessandro Bastoni due to injury and his spot could be taken by Federico Dimarco or Danilo Ambrosio with one of Edin Dzeko and Joaquin Correa to line up alongside Lautaro Martinez in the Inter Milan attack. Argentine striker Lautaro has been the form man in the Nerazzuri attack with four goals in the last four games.

Empoli will be missing the services of several players including Valerio Verre and Petar Stojanovic who are suspended, while the likes of Lorenzo Tonelli, Riccardo Marchizza and Nicolas Haas are injured. Empoli striker Andrea Pinamonti is having a very good season after producing the best goalscoring season. The Italian striker is on loan at Empoli from Inter Milan and he has said he won’t celebrate if he scores against Inter Milan.