In 2017, Jadon Sancho was thinking of leaving Manchester City for Borussia Dortmund in the search of first-team football. 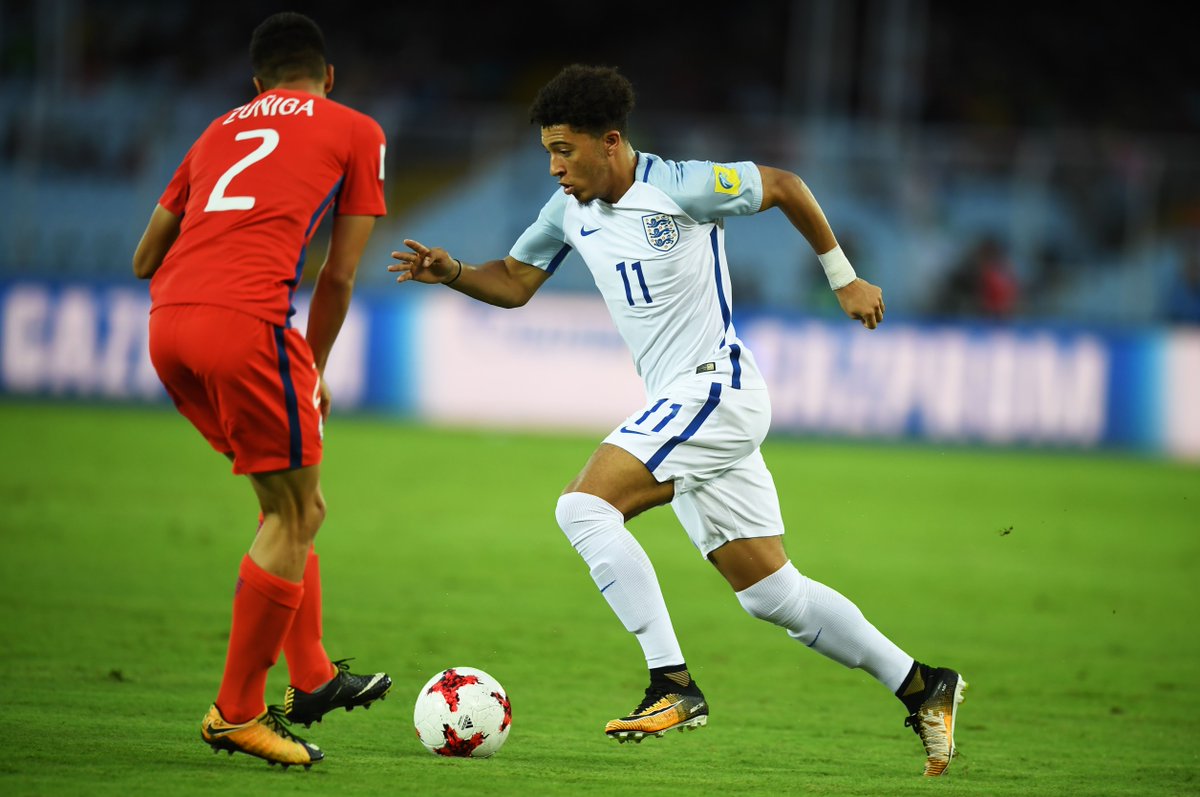 And just a year after taking the decision, he has been named in the senior England squad, proving that it was right for him to make the move – Sancho, at the age of 17, made the courageous decision to leave Premier League title favorites Manchester City – and Pep Guardiola – for something completely different.

He is now odds on to make his debut for England in on of the upcoming European Nations League matches, after earning a call up from boss Gareth Southgate.  Whilst the bookies seen on BettingTop10 site were offering odds of just 10-1 that he would make an appearance for England on the World Stage, the odds of him doing it before he was even 19 years old was in the 100s – 1.

The England youth international joined City from Watford at the age of 14 and played regularly in 2016-17 in the under 18 league and UEFA Youth League – as well as making seven appearances in Premier League 2, England’s reserve league.

He had done well enough in those matches to earn a new contract, with City offering him a new 5 year deal and planning to take him to the United States for their pre-season tour last summer. The deal was interesting to Sancho but he was worried about his first-team chances, so Sancho turned the deal down.

Guardiola said he had already agreed to sign – with the manager adding that the teenager then stopped turning up for training after City returned from the United States. German pundit Raphael Honigstein admitted as much in an interview recently – “Sancho did not believe City when they said he would get chances.”

Football journalist Julien Laurens added: “Manchester City’s side is disappointing. When you have the talent in your academy, they have invested a lot of time and money in him, and yet they never completed the whole experiment with Jadon Sancho. Manchester United at least carried it through with Marcus Rashford.  I think it is such a shame, we cannot see him in a City shirt that works with Pep Guardiola.”

He made the surprising move to Borussia Dortmund in the summer of 2017 on deadline day and was given a squad number immediately.  He has gone on to win rave reviews in the German media, and it will be interesting for many fans when they see him in action for the first time when he steps out for the 3 Lions.