Inter Milan striker Mauro Icardi has expressed his pleasure after scoring his maiden goal for Argentina during the 2-0 friendly win over Mexico. The 25-year-old has had to wait for a long time to become a regular with the national side and he finally opened his account with them after scoring within two minutes of the encounter against El Tri. 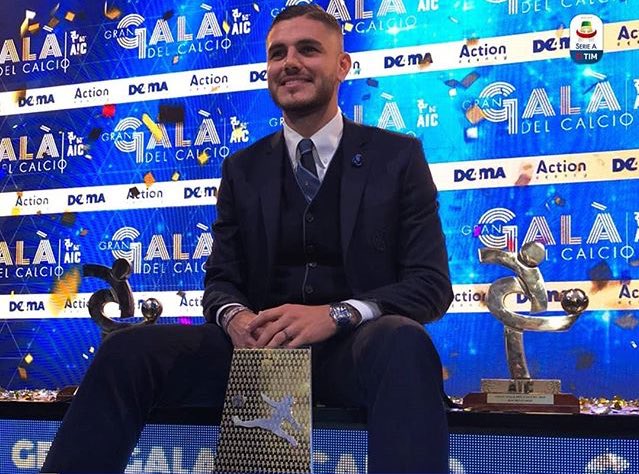 Speaking after the game, Icardi admitted that he had waited for a long time for the moment and he is now hoping to continue the good run of form for the forthcoming internationals, he said: “I have been missing this one, I have waited a long time for it, so I am very happy. For a striker like me, it is not nice when you struggle to score. There has been a lot of talk, but now I hope to continue like this.”

Meanwhile, Icardi spoke fondly after the country’s progress following a disappointing World Cup campaign and insisted that the hierarchy must now decide on the future of caretaker Lionel Scaloni among others, he added: “We are a really tight knit group, we can grow a lot more and are all happy with the work of Leo Scaloni, Walter Samuel and Pablo Aimar. The leadership of the Football Federation must decide their future but I can say that now there is an environment which we have not had before.”

Icardi has been a consistent performer at the club level over the past five years with Inter Milan and his performances have finally caught the radar of the national team. Nonetheless, he cannot rest of his laurels hereafter with senior players in the form of Sergio Aguero and Gonzalo Higuain likely to push for potential recalls, provided they maintain their respective scoring runs.

Elsewhere, the former Sampdoria man has been linked with a probable move to the Premier League with Chelsea at the turn of the year but any move could be halted until the summer at the least with the Nerazzurri unlikely to entertain changes midway through the campaign.