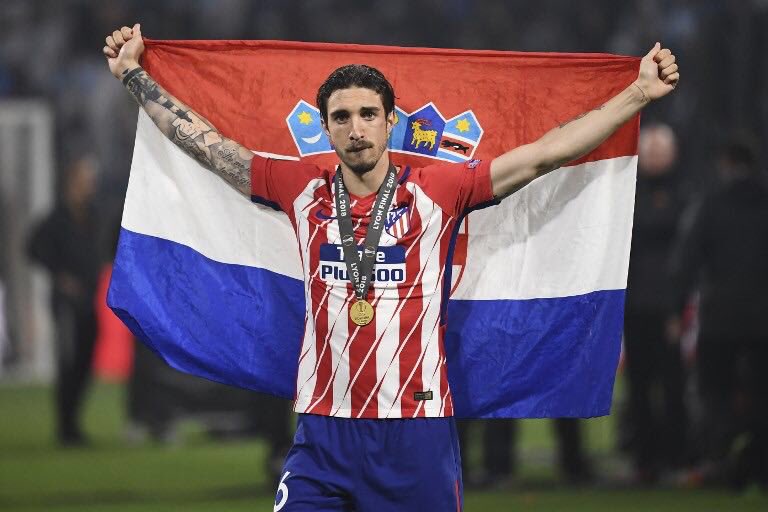 In a statement released, Atletico confirmed that the Croatian has joined the Nerazzurri on a season-long loan with the option to buy, the message read: “Sime Vrsaljko has been loaned to Inter Milan. The deal, pending the completion of regulatory processes and medical exam, will include an option to buy for Inter. The Croatian right-back joined our club in the 2016 summer transfer window and made 54 appearances for our club. In those matches, he scored one goal and gave seven assists.”

Earlier this week, Atletico manager Diego Simeone suggested that the World Cup finalist could remain with the club but the project at Inter seems to have been hard to turn down. As a result, he has become the seventh signing for Inter in what has been a productive transfer window and the club could make further business in the coming weeks with Arturo Vidal emerging as the new target.

The Chile international presently has just 12 months remaining on his contract with Bayern Munich and reports suggest that he is seemingly close to joining the Nerazzurri, who can assure him of Champions League football. Aside from the Chilean, Inter are also said to have an eye on Matteo Darmian from Manchester United, though the deal appears complicated for the moment.

With Kwadwo Asamoah and Vrsaljko joining the club, Luciano Spalletti has fresh options on either side of the central defence and Darmian’s interest may not necessary turn into a formal approach. The Italy international has already confirmed that he would like to leave Old Trafford before next month’s transfer deadline.